Press Gang is contesting the action.

An appeal been launched to help pay the heavy cost of instructing solicitors to fight these potential libel proceedings. 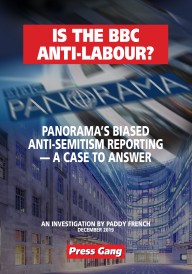 REPORT
OUR INVESTIGATION into the Panorama programme was published on December 7 last year — five days before the general election.

Readers can back the fighting fund here.

a statement to be read out in open court and

Mark Lewis of Patron Law, who acts for Ware, has agreed a “conditional fee arrangement” where the firm acts for Ware on a no-win, no-fee basis.

In addition. Patron Law has taken out insurance which limits Ware’s exposure should he lose.

This means that if Press Gang fails to win, the website will also be liable for the cost of the insurance. 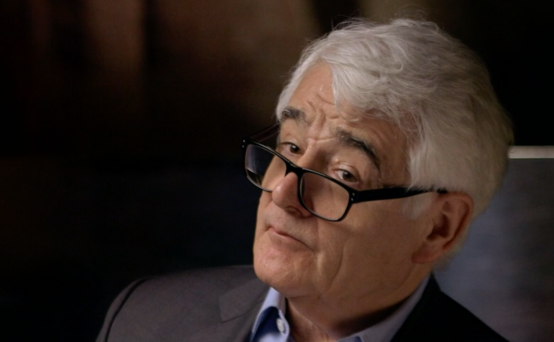 JOHN WARE
JOHN WARE was the reporter and presenter of the controversial Panorama programme “Is Labour Anti-Semitic?” broadcast in July last year. The Labour Party complained about the broadcast but the BBC stood by Ware’s journalism — “we completely reject any accusations of bias or dishonesty.” The television watchdog, Ofcom, also rejected complaints about the programme.
Photo: BBC

Press Gang has instructed the London solicitors Bindmans to act for Paddy French.

“It’s clear John Ware feels our report is an attack on his professional integrity.”

“Press Gang feels equally strongly that the report met the highest standards of ethical journalism — and we’ll be defending it strongly.”

“We’re confident it was a fair criticism of a contentious piece of broadcasting and that a court will agree with us.”

“But we cannot get to that point without your help.”

Press Gang asked the BBC if it was supporting John Ware’s action.

A spokesperson told us “the BBC won’t be commenting.”

YESTERDAY OUR lawyers, Bindmans, replied to the letter from John Ware’s solicitor claiming the Press Gang pamphlet “Is The BBC Anti-Labour?” is “seriously defamatory”.

“The defamatory allegations against your client are matters of opinion, based on the facts set out in the …. report.”

“Mr French is surprised that an experienced journalist like your client has threatened libel proceedings rather than joining in public debate and we invite you to withdraw the threat forthwith.”

“In the event that your client commences legal proceedings then the matter will be vigorously defended.”

John Ware’s solicitor, Mark Lewis of Patron Law, has acknowledged receipt of the letter and says he will reply by the end of the month.

The Press Gang appeal has now passed its initial £5,000 target.

“In this case, the support of 200 people is helping to level the playing field.”

“It’s also a vote of confidence in the integrity of Press Gang journalism.”

This entry was posted on Friday, April 24th, 2020 at 1:27 pm and is filed under Uncategorized. You can follow any responses to this entry through the RSS 2.0 feed. You can leave a response, or trackback from your own site.