THE END OF THE MR & MRS WILLIAMS SHOW

BROADCASTING WATCHDOG Ofcom has appointed a new Director of its Wales office.

Eleanor Marks, a senior career servant in the Welsh government, takes up the post in September.

A Welsh-speaker, Marks was previously the government’s Director of Communities and Tackling Poverty and also worked for HM Revenue & Customs.

The appointment means Ofcom Wales will not become a family affair.

When Rhodri Williams stepped down in March as Director, there was speculation he would be replaced by his wife, Elinor.

As Regulatory Affairs Manager, she was the effective number 2 — and had stepped into Rhodri Williams shoes when he was seconded to Ofcom London in 2012.

The couple were married in 2017 but for an unknown number of years before that had been conducting a secret affair. 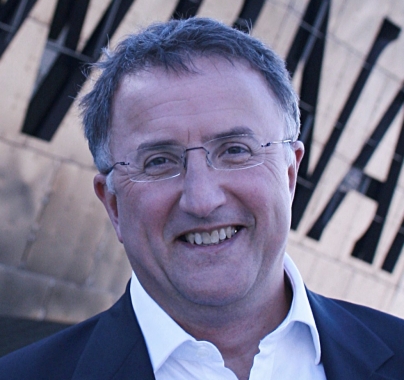 MR WILLIAMS …
MYSTERY SURROUNDS the sudden departure of Rhodri Williams as Ofcom’s £120,000-a-year Wales Director. The 62-year-old had been in the post for 14 years. Controversy has dogged his career in the media. He was gaoled in the 1970s for his part in the campaign for a Welsh language television channel. He was one of the founders of the independent production company Tinopolis but was dramatically dismissed in 2001. It was during this period that he earned his nickname “Billions”. A full account of his early career can be found in the articles A Man Of Conviction? and A Licence To Censor. In the latter piece Rebecca editor Paddy French makes a declaration of interest.
Photo: Ofcom

The appointment of a career civil servant marks an attempt by Ofcom to bring to a close a turbulent period in its Welsh operations.

IT BEGAN in March 2017 when it was revealed that a valuable contract had been awarded to the lobbying firm Deryn without going out to contract.

But when Assembly AM Neil McEvoy intervened and demanded a formal investigation, Ofcom backtracked.

In October 2017 the watchdog admitted that its tendering procedures had been broken.

It added that several unnamed staff members would be given “further training”.

Ofcom would not say if Mr and Mrs Williams were the staff members involved.

Nor would Ofcom confirm or deny that Rhodri Williams’ decision to leave the organisation had anything to do with the scandal.

Then, in March this year, Rebecca published The Mistress Of The Man From Ofcom revealing for the first time that Rhodri Williams and his wife had been involved in a long-standing relationship.

The affair raised the issue of patronage at Ofcom Wales.

It is not known when their liaison actually began but Rebecca discovered they first met back in the 1990s.

Her career path has partly followed his.

She joined the Welsh Language Board in 2003 when he was chairman.

She joined Ofcom in 2007 as Communications Manager when he was Director.

Ofcom declined to say if Rhodri Williams had been involved in her initial appointment or her later promotion to Regulatory Affairs Manager in 2011.

On May 9 Rebecca published another article — Update: The Mistress Of The Man From Ofcom — on the search for a new Director. 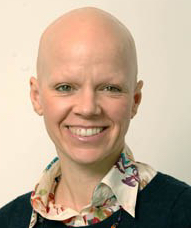 … MRS WILLIAMS
OFCOM’S DECISION to appoint a civil servant marks the end of the Mr and Mrs Williams show. In normal circumstances, Elinor Williams would have been a favoured candidate: a reorganisation in 2011 saw her become the No 2 at Ofcom Wales and the following year she stepped in as Director while Rhodri Williams worked in London. The departure of her husband and the scandal surrounding the Deryn contract appear to have persuaded Ofcom to choose an outside candidate.
Photo: Ofcom

We asked why Ofcom’s Welsh page still showed Rhodri Williams as Director when the watchdog had said he would leave at the end of March.

Ofcom then amended the page.

Northern Ireland Director Jonathan Rose was now shown to be also acting as temporary head of the Welsh operation.

But the entry for Elinor Williams had been changed: her photo had disappeared and her title had been altered.

Ofcom declined to explain why her title had changed — or if it involved a pay rise.

The watchdog also altered the entry for a new member of staff, Lloyd Watkins.

Rebecca had asked if  Rhodri Williams had been involved in his  appointment to the apparently new position of Regulatory Affairs Advisor in January.

Watkins’ web page entry originally made it clear he had  worked for various Labour organisations and Assembly Members.

The new entry saw all his Labour Party connections removed.

IT IS NOT known if Elinor Williams applied for the job of Director.

The decision to appoint someone else has headed off another potential embarrassment for Ofcom.

The Welsh Assembly AM Neil McEvoy has been keeping a close eye on the appointment process.

“Ofcom is a competition regulator, so to be exposed awarding contracts without any competition was bringing the organisation into disrepute.”

“It looked worse still when the contract was awarded to a controversial lobbying firm who had two of its directors sitting on Ofcom’s Advisory Board for Wales.”

“Unfortunately, there’s a real jobs for the boys and girls culture in Cardiff Bay that means too often the best people don’t get the best jobs.”

“We need competition regulators like Ofcom to work to end that practice, not take part in it.”

“I hope with a new Director in place they can have a fresh start and fight for equal opportunity in Wales, where every person and company has a fair go.”

COMING
THE DEATH OF CARL SARGEANT
LAST NOVEMBER Labour Cabinet minister Carl Sargeant hanged himself. His suicide followed allegations that he had sexually harassed women. Rebecca investigates these allegations and charts the attempts by Carwyn Jones and the Welsh Labour establishment to cover up their role in the affair.

If you would like to support the work of Rebecca, you can do so by clicking on the DONATE button.

Please let us know if there are any mistakes in this article — they’ll be corrected as soon as possible.

If you have been mentioned in this article and disagree with it, please let us have your comments. Provided your response is not defamatory we’ll add it to the article.

This entry was posted on Wednesday, June 27th, 2018 at 10:36 am and is filed under British Media, Establishment. You can follow any responses to this entry through the RSS 2.0 feed. You can leave a response, or trackback from your own site.

One Response to THE END OF THE MR & MRS WILLIAMS SHOW