THE END OF THE GANG OF FOUR 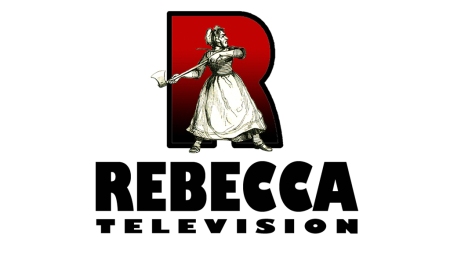 THE ANGLESEY council election on May 2 saw the end of an era.

The last member of the political group responsible for the planning crisis of 2005-2007 lost his seat.

The introduction of large multi-member wards saw the defeat of other controversial politicians.

But the reform failed to replace the dominance of the Independent group system with a more disciplined traditional party set-up. 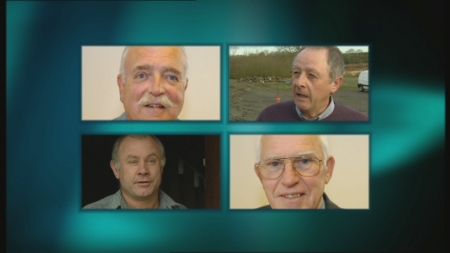 THE GANG OF FOUR
The defeat of Hefin Wyn Thomas (bottom left) and the failure of John Arthur Jones (top right) to gain a seat in the election means the end of the four-strong Radical Independent group. In the 2008 election John Rowlands (bottom right) retired and David Lewis Roberts (top left) was defeated.

WHEN THE count got under way at the Leisure Centre in Llangefni on May 3, the key question was — would the grip of the Independents on the island be broken?

The elections had been delayed for a year after the Welsh Government took control of the council in March 2011 to allow a programme of “democratic renewal” to take place.

The government hoped that the introduction of large multi-member wards would allow mainstream parties to take over from the Independents who were seen as the cause of the island’s instability.

In the Canolbarth Môn ward, which covers Llangefni, Plaid Cymru mounted a sustained campaign to take all three seats.

The strategy succeeded, taking more than half the votes.

In the process, the party’s three candidates kept out the controversial Independent, John Arthur Jones.

Jones is the disgraced former Director of Housing (1990-1998) and the leader of the Radical Independents who were the junior partners in the ruling coalition of 2005-2008.

He’s featured in several Rebecca Television reports, including The Gospel According to “Jesus” Arthur Jones and A Plague On All Their Houses.

Despite his chequered career, he came fourth with 915 votes, 11 per cent of the vote. This means that he remains a force to be reckoned with — and likely to stand for the council again in four years time.

He was standing in the new three-member Lligwy ward and could only manage 426 votes, coming 9th out of 12 candidates. His chances of making a comeback in the new order look slim.

The group was the junior partner in the administration led by veteran politician Gareth Winston Roberts, OBE between 2005 and 2008.

Roberts was the subject of the highly critical Rebecca Television article Dirty Rotten Scoundrel, OBE. He did not stand in the elections.

Also defeated was the arch-enemy of the Gareth Winston Roberts – Radical Independents axis, Barrie Durkin, who came fifth in the Lligwy ward.

His decision to live off the island probably cost him many votes.

Plaid Cymru became the largest of the mainstream political parties with 12 seats.

Labour’s campaign was less visible and the party fared badly.

It won only three seats and lost one of its key figures — sitting councillor John Chorlton, who could only manage fifth place in the three-member Ynys Gybi ward.

Chorlton had been an independent member in the past and an ally of Gareth Winston Roberts and John Arthur Jones in the 2005-2008 administration.

Overall, however, the Independents proved more than a match for the new government-imposed electoral regime.

Even though they lost their leader Bryan Owen, the group still topped the poll with 14 members.

The Independents have now struck a deal with the three Labour members to form a new administration.

THE FAILURE to break the power of the Independents is a major blow to the Cardiff government’s hopes of restoring good government on the island.

The Independents, of course, are not a naturally cohesive group and have shown a tendency in the past to fragment and form new alliances as ambitious  councillors jockey for supremacy.

In addition, the decision by the Executive in April to give councillors back their power to “call-in” controversial planning applications is another recipe for trouble.

The power had been removed in 2007 to bring an end to the planning crisis in which scores of applications were approved against officers’ recommendations.

What has tended to happen in the past is that slowly but surely the calling in of these planning applications — which can add between £100,000 and £150,000  to the value of a plot — become more common and more blatant.

In the process, ordinary people — like Bill Farrell, the victim in the 1990s crisis (see Dirty Rotten Scoundrel, OBE) — are ruined.

There is no reason to believe this won’t happen again.

The lesson of the past seems to be that, no matter how outrageous a councillor’s actions are, the chances of him being brought to book are virtually nil.

Take the case of former councillor David Lewis Roberts, the Radical Independent member who lost his seat in 2008.

Last year the council’s own Standards Committee decided he had been corrupt in his attempts to pervert the planning system in 2006-7 (see The Case of the Corrupt Councillor).

But the committee, inexplicably, decided not to call in the police to investigate.

The force is sifting through documents supplied by the council and has yet to come to a decision.

With the government in Cardiff, the council, the Ombudsman — and,  so far, the police — seemingly unable or unwilling to tackle the root causes of the problem, the chances are that Anglesey will, after a period of peace, soon be back in the limelight…

FORMER LEADER Clive McGregor has written to us about the article The Gospel According to “Jesus” Arthur Jones which was published on April 26.

That article featured the 1997 report by the District Auditor which criticised John Arthur Jones — then the council’s Housing Director — for awarding a contract to a firm of private investigators in which McGregor was a partner.

At the time McGregor had just retired as the North Wales Police superintendent in charge of Anglesey.

McGregor insists that no contract to investigate housing benefit fraud was ever signed and that he was disappointed that the District Auditor had not spoken to him or his partner.

“Had he spoken to us, he might well have had a stronger case against John Arthur Jones,” he says. 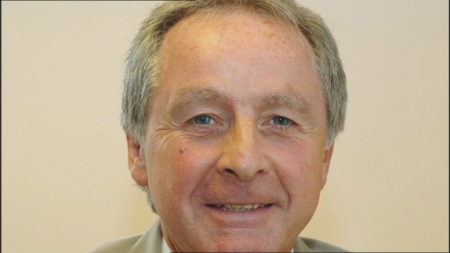 JOHN ARTHUR JONES
The former housing director and councillor has always insisted he’s never done anything wrong. He says that the District Auditor’s reports which led to his sacking in the 1990s were “unfair” and “irrational”. He has branded other criticism of his actions as “false” or “misleading”.

McGregor says that in May 1997 John Arthur Jones had rung him at home and offered him a job as a Benefit Fraud investigator.

McGregor refused because he was about to set up his own firm, Môn Investigations.

He told Jones that the firm might be interested in bidding for the work if the council advertised for tenders.

“The next contact that I received from John Arthur Jones was about a month later in early July in which he said that he was keen to appoint our partnership and as Director he did not need to go to tender if the contract value was below £3000.”

“With those assurances I agreed that we would undertake some work for the Council within the delegated sum at the rate of £20.00 per hour. John Arthur Jones confirmed these arrangements in writing.”

“I was unaware that he was under investigation by the Fraud Squad otherwise I would not have touched him with a barge pole.”

McGregor says that he considers John Arthur Jones and Gareth Winston Roberts as the main architects of Anglesey’s troubles: “the ills of the Council are directly attributable to these two characters [as is] the total lack of governance within both the [pre-1996] Anglesey Borough Council and the Isle of Anglesey County Council for almost three decades.”

POACHER TURNED gamekeeper Rhodri Williams is the Welsh Director of the broadcasting watchdog Ofcom. In the article — A Man Of Conviction — Rebecca Television will chart the story of his rise to power and his dramatic departure from the television company he helped to found. In the television programme — Hidden Agenda — his former partner Ron Jones tells the story of the dramatic days leading up to Williams’ dismissal.

This entry was posted on Sunday, May 12th, 2013 at 10:33 am and is filed under Anglesey County Council. You can follow any responses to this entry through the RSS 2.0 feed. You can leave a response, or trackback from your own site.

One Response to THE END OF THE GANG OF FOUR